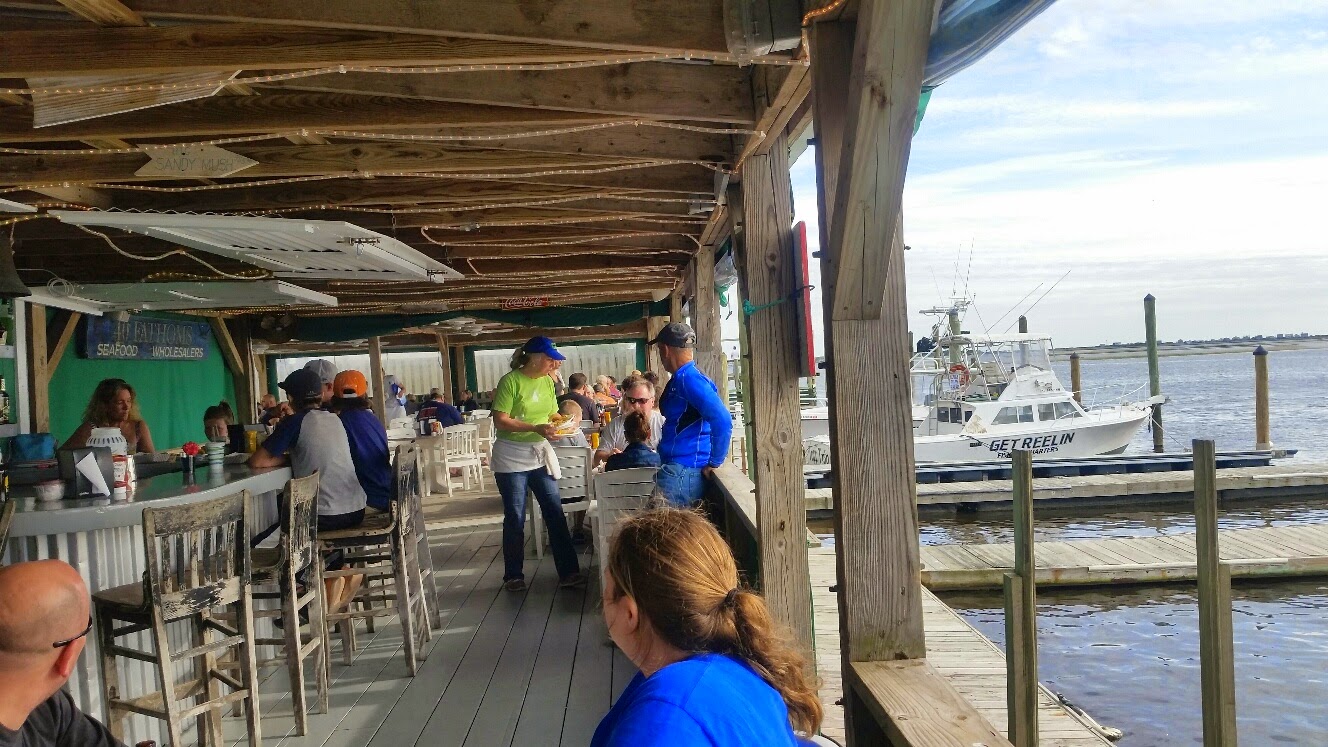 With a great weather forecast we departed from the ICW at Little River Inlet, and for the first time sailed into the Cape Fear River going past the shoals at Bald Head Island on a well planned wing-on-wing sail set. By doing so we enjoyed a beautiful sail on the Atlantic and bypassed two of the more notorious shoal areas of Shallotte Inlet and Lockwood Folly to arrive in Southport just in time for their Spring Festival, which we opted out from in favor of a burger at one of our favorite waterfront restaurants, Provision Company.

Then it was a successful passage thru a very tricky area at marker 63 where the depth was less than 5 ft at high tide with a quick S turn between two temporary buoys about 25 ft off the shoreline, the same spot we first ran aground last fall when 7 boats were stuck in the same area. This time we not only had our own experience but followed a fellow cruiser, seasoned on their 6th trip, thru the area after we both had anchored at a terrifically scenic basin at Camp LeJeune. It was Easter Sunday so no live fire maneuvers were taking place luckily.
On to a couple of nights in Beaufort to catch up on our mail, thanks to Sharron for forwarding, get re-provisioned,

and a dinghy ride to Shackleford Island and the Rachel Carson preserve. This was definitely a highlight of the entire trip as we took a walk through the marshes and got to see the wild horses up close and personal. 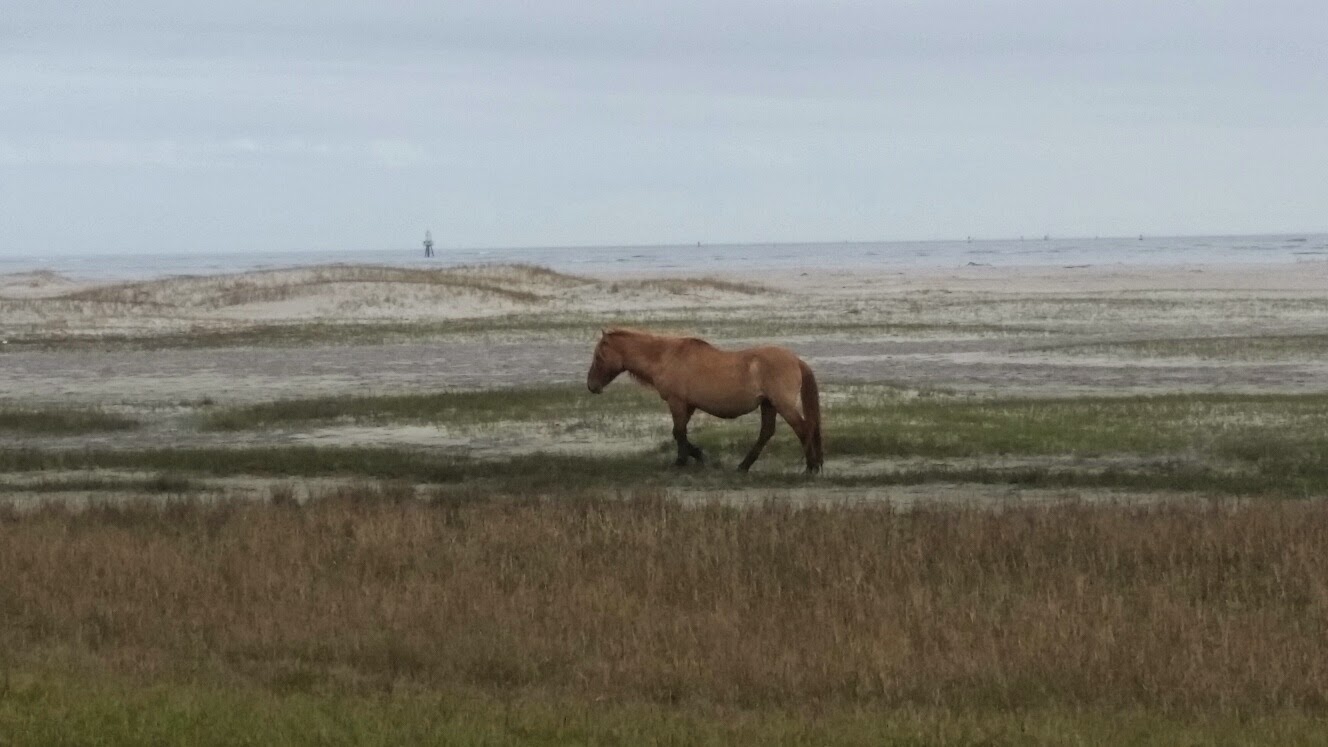 A nice crossing of Pamlico Sound and two more nights at anchor, one somewhat windy but wide open and nice depth and the other very protected

but shallow, and then to one of our not so favorite places at Alligator Marina (aka the Shell Station) but nicely position for the next day’s journey across the Abermarle to Manteo on Roanoke Island, yet one of the very most shallow and narrow entrances we have ever witnessed (there is even a video on youtube to explain how to get into this place).

, and then it was on to another traditional first stop around the corner for Jay’s ice cream,

and to a bar to watch the Masters, along with a grooms party prior to their wedding at the Manteo Lighthouse.


A bittersweet year as not only are we not home to host our annual Masters Golf party but friend Ben Crenshaw played his last competitive round. this year on Friday.

But  no matter what the situation the cats always seem to find a place that feels safe.

Posted by gtgourmetcruisescaptain at 10:14 AM